The search is over. You’ve scored a shiny new job offer from an awesome company, and now all you have to do is let your employer know that you’ll be moving on. After you deliver the news that you’re leaving, you’ll still have a couple more weeks of work ahead of you—and those last two weeks can be pretty weird.

Funny, unexpected things tend to happen after you’ve given notice. While some of them are surprisingly great, others can be disappointing. Either way, there’s a perfectly logical explanation for each and every one of them. Let’s take a look at a few bizarre (but common) things that may happen after you quit your job.

Chances are if you’re ready to leave your job, you’re probably feeling a little apathetic about the work. Sitting through the same meetings week after week or selling the same old product for years on end can get a little stale. You probably can’t wait for a fresh challenge in a new work environment. It’s totally normal for your motivation to wane over time.

But something funny tends to happen after you’ve officially resigned. Suddenly, you feel a burst of motivation akin to what you felt when you first started this job. You start staying at the office a little later, jump at the chance to go the extra mile for a client one last time, or finally get around to completing that long-term project you’ve had on the back burner since your first month on the job.

This unexpected (untimely) drive can most likely be attributed to your desire to leave on a positive note. Plus, if you have a healthy respect for deadlines and would rather your soon-to-be former co-workers sing your praises than curse your name after you’ve left, it makes sense.

Regardless of the reasons behind your newfound enthusiasm, embrace it for as long as it lasts. Knowing that you gave it your all during your last two weeks on the job will give you peace of mind as you move on to a new role. It’s also a super classy move.

2. You Hear from People You’ve Never Really Talked to (and They Think You’re Great!)

After your departure has been announced, your inbox starts to fill up with messages from co-workers expressing surprise, wishing you luck, or congratulating you on your new job. But the most disarming messages come from people you’ve never really interacted with.

One person may tell you how much she admired the work you did on that campaign last year; another may say he really enjoyed the sales training you put together or that he’s disappointed to never have gotten the chance to work with you. In short, your colleagues think you’re great. People have a tendency to forget to share positive feedback with their co-workers. But when someone they really admire quits, it can sometimes serve as a catalyst for an influx of kind words and meaningful compliments.

This can be a really humbling moment, especially if you were mostly unaware of the impression you made on the people around you. Clearly, you were doing lots of things right. Take the time to appreciate the kind words and sentiments, forward the nicest messages to your personal email (to read through again when you need a confidence boost), and be sure to send a personal response to everyone who reached out.

The group you grab lunch with every day or your afternoon coffee buddy should be extra excited for you, right? Not necessarily. It’s not uncommon for your closest work pals to give you the cold shoulder in light of the news about your departure. You may stop receiving invitations to happy hour or get passive-aggressive questions about your new job. You considered these people to be your friends, so what gives?

This one has nothing to do with you and everything to do with them. Your coffee bud may be envious of your awesome new role or your regular lunch crew might be secretly unhappy in their jobs and jealous that it’s you who’s moving on and not them. Sometimes people will take a friend’s decision to leave the company personally or be hurt that you didn’t share your plans in advance.

These reactions can be hurtful, but hopefully they’ll come around. And if they don’t, they probably weren’t really people you could count on in the first place. Keep your head up and focus on spending time with the ones who are supportive and happy for you.

4. Your Boss Tells You She Doesn’t Think You’re Ready for Your New Role

Your manager seems to take the news in stride, until she starts asking tons of questions about your impending role. What will you be doing? What’s the leadership like? How long has the company been in business? You’re, of course, super excited about your new gig so you answer all of her questions with enthusiasm—how neat that she’s so interested.
But then, she flips the script and tells you with what sounds like a mix of concern and condescension that she’s not sure you’re ready for such a position or that your soon-to-be employer probably isn’t a great place to work. She says she wants you to succeed, but jumping into something like this might not be a great move. Are you sure you want to quit?

Don’t fall for this one. Your boss may be panicking about losing you or secretly envious that you scored such a great new job. Either way, her intentions are to get you to rethink your decision and stay right where you are. There are myriad reasons why staying would be a bad idea, so tell your supervisor that you appreciate her concern, but that you feel good about your decision and would appreciate her support.

Then, change the subject. Ask how she’d like to manage your transition or if there are any specific projects she’d like you to focus on wrapping up in your remaining time at the organization.

5. You Get a Burst of Nostalgia

Suddenly you start seeing everything about your job, your co-workers, and your office through rose-colored glasses. You’re actually going to miss those two-hour staff meetings, the guy on your team who is always late to client presentations, and the mediocre coffee you never really liked but drank anyway. The thought of not walking through those office doors every morning makes you a little sad. Maybe it wasn’t so bad here after all.

This is totally normal. If you haven’t been working for an utterly awful company in a completely miserable job, you’re probably going to feel a lot of emotions about leaving—even if it’s the 100% right move for you. Change can be hard, and it has a tendency to produce nostalgic feelings. Allow yourself to be a bit blue, tell your co-workers how much you’ve enjoyed working with them, and make an effort to really enjoy your last two weeks on the job. Once you start at the new company, it’s likely that any lingering sadness will fade away.

Embrace the weirdness that surfaces after you give notice, and do the best you can to make the most out of your last couple of weeks. Keep working hard, appreciate the kind words, ignore the rude comments or back-handed compliments, and let yourself feel whatever you need to feel. Soon, you’ll be starting an awesome new job!

Jaclyn Westlake is a job search enthusiast, LinkedIn addict, and certified senior human resources professional. She’s also a resume writer, career advisor, and the founder of The Job Hop. When she’s not dishing out career insights or writing amazing resumes, you can probably find her wandering around a book store, binging on the latest Netflix release, or kayaking with her adorable dachshund, Indiana Jones. 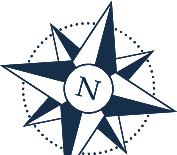